Ms. Kaye’s interest in the representation of motion led her to film-making. Her early work in super-eight was based on the photography of Edwaerd Muybridge.  In later films, Pooh Kaye combined non-narrative storytelling with manipulated camera speeds.  Her interest in single frame film making eventually led her to the area of experimental animation. Through the artist’s eye, the audience is privy to Kaye’s own particular view of the world where chairs, mattresses, alarm clocks and other such objects have minds of their own and monsters materialize on the walls and in chairs. Using the art of pixilation and painted animation, Ms. Kaye creates colorful images and scenes that mesmerize the viewers. Ms. Kaye’s films have won acclaim and awards at such places as the New England Film Festival, Cine Golden Eagle and the Black Maria Film Festival. They have been seen most recently at: The New School, N.Y.C.; Shoot the Lobster Art Gallery, N.Y.C.; installation at Glimmerglass Film Festival, Cooperstown New York;  Dance on Camera at Lincoln Center; The Munson Proctor Museum, Utica; The Museum of the University of Albany; The Metropolitan Museum; The Whitney Museum of American Art; The National Gallery of Art, Washington D.C.; The Institute of Contemporary Art in Boston to name a few.  The Company produces one new film every other year.
Pooh Kaye / Eccentric Motions Dance in Worcester, NY is a film and video production company
creating media programs to accompany its dance programs. 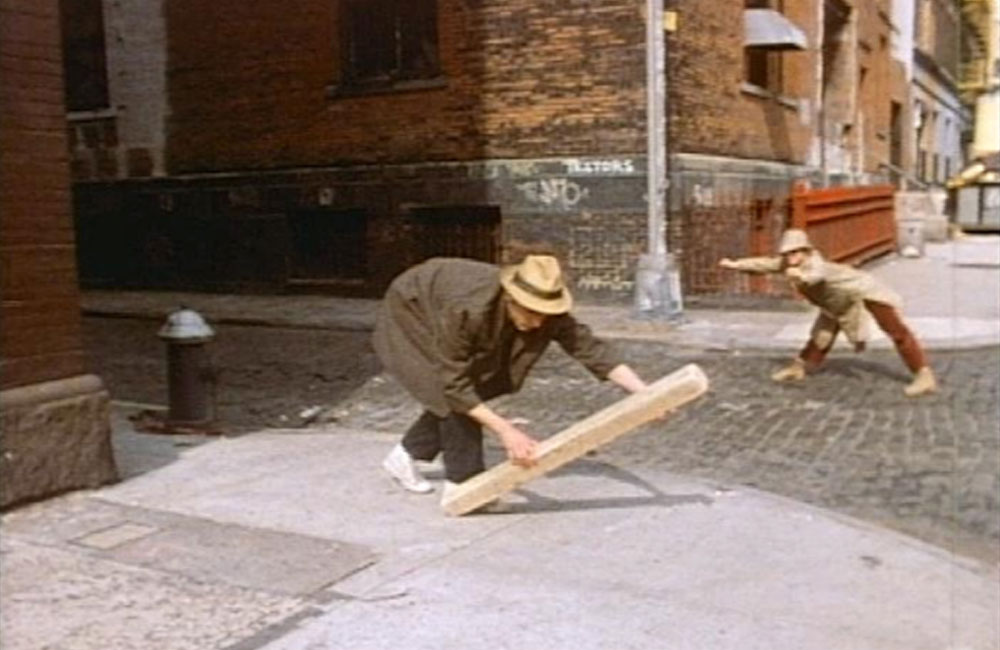 “Sticks on the Move,” directed by Pooh Kaye / Eccentric Motions Dance and Elisabeth Ross and first seen at the Kitchen Center, New York City, in January 1983, won a “Bessie” New York Performance Award and was included in the 1985 Whitney Biennial. It was the first of many award-winning human-stop-motion productions by Eccentric Motions. 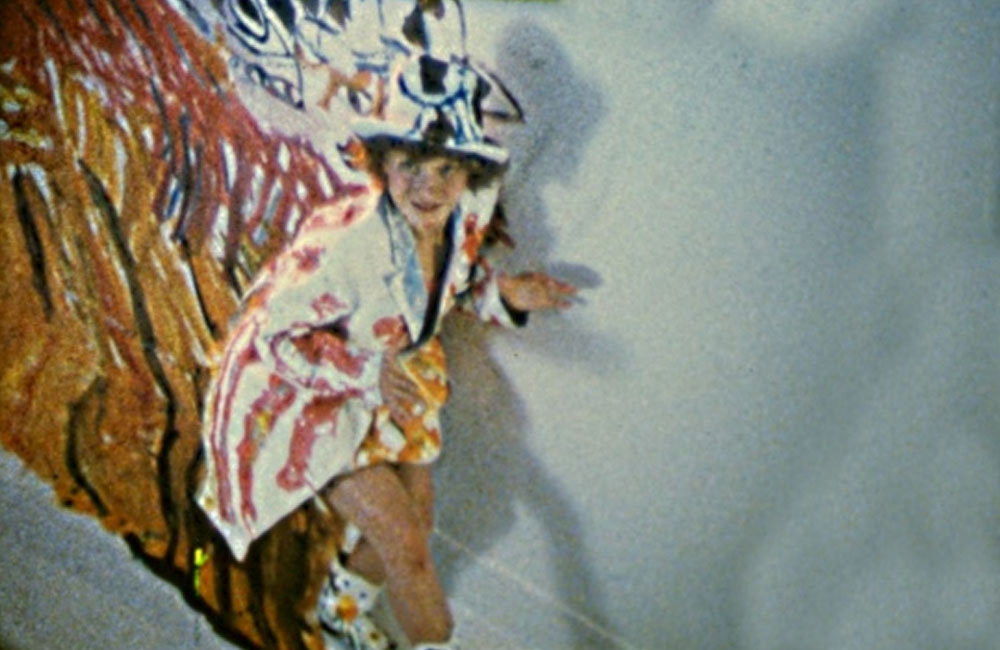 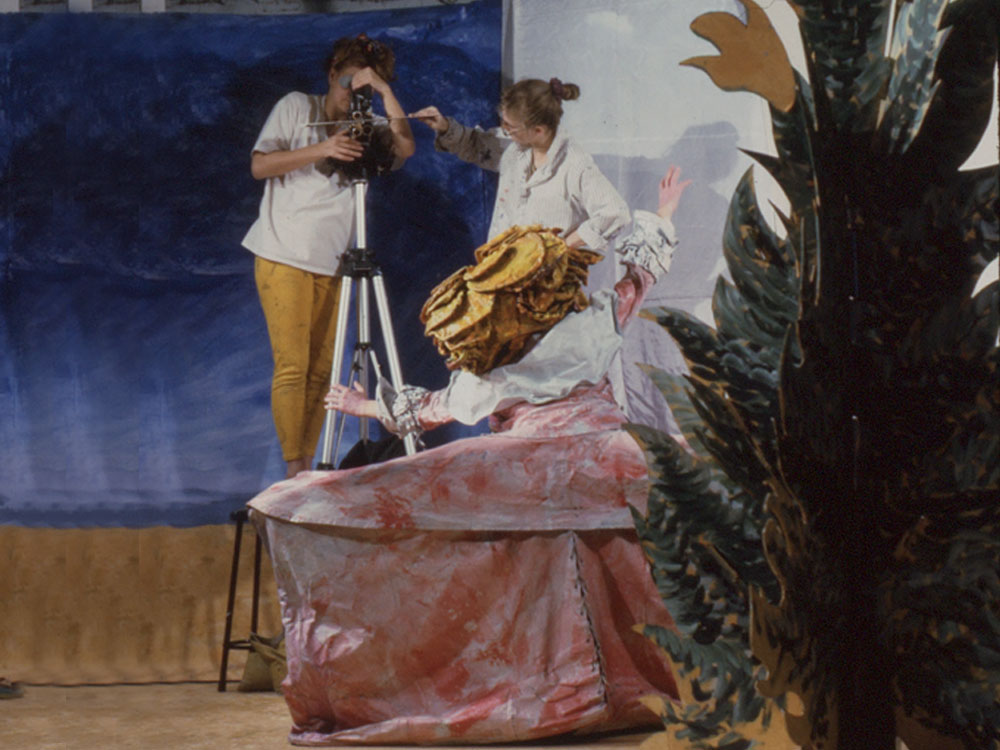 “The Painted Princess” 1991 to 1993, a fantastical mash-up of ambulatory forests, a crying princess, and architectural elements that stride across the screen, is the recipient of a CINE Amateur Eagle Award, 1995; a Silver Medal from the Dance on Camera Festival in New York City, 1994; a Silver Medal Award from the ICA Movie's 1995 International Film Festival, Manchester, England; and a Gold Award for Animation from The Charleston, NC Film Festival, 1995. 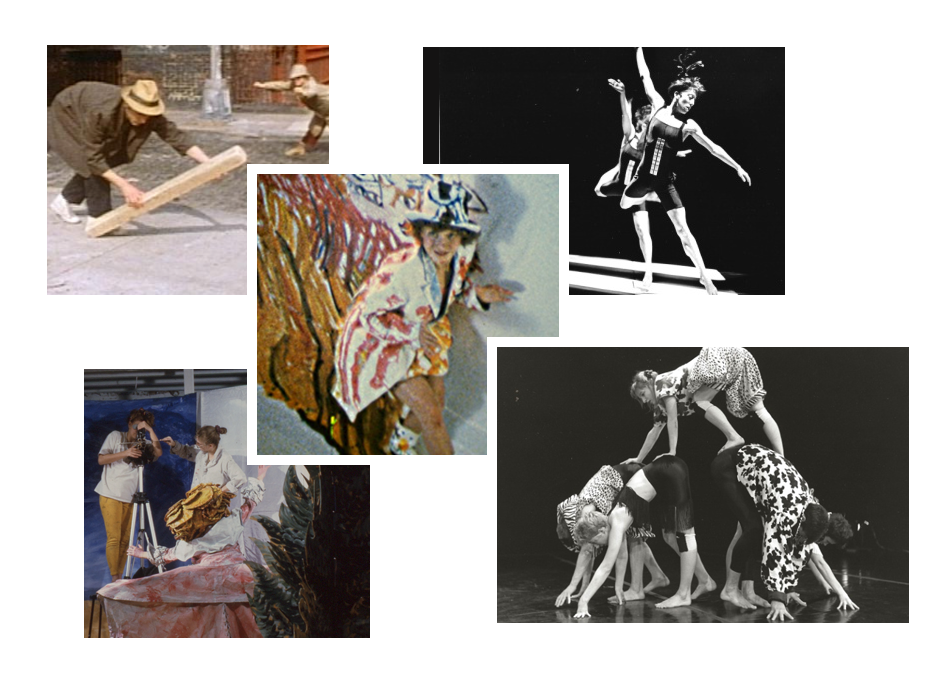